September 02, 2017
The California legislature this past week renamed a portion of Interstate 5 near Pacoima in the San Fernando Valley after Rock & Roll legend Ritchie Valens who grew up in Pacoima. 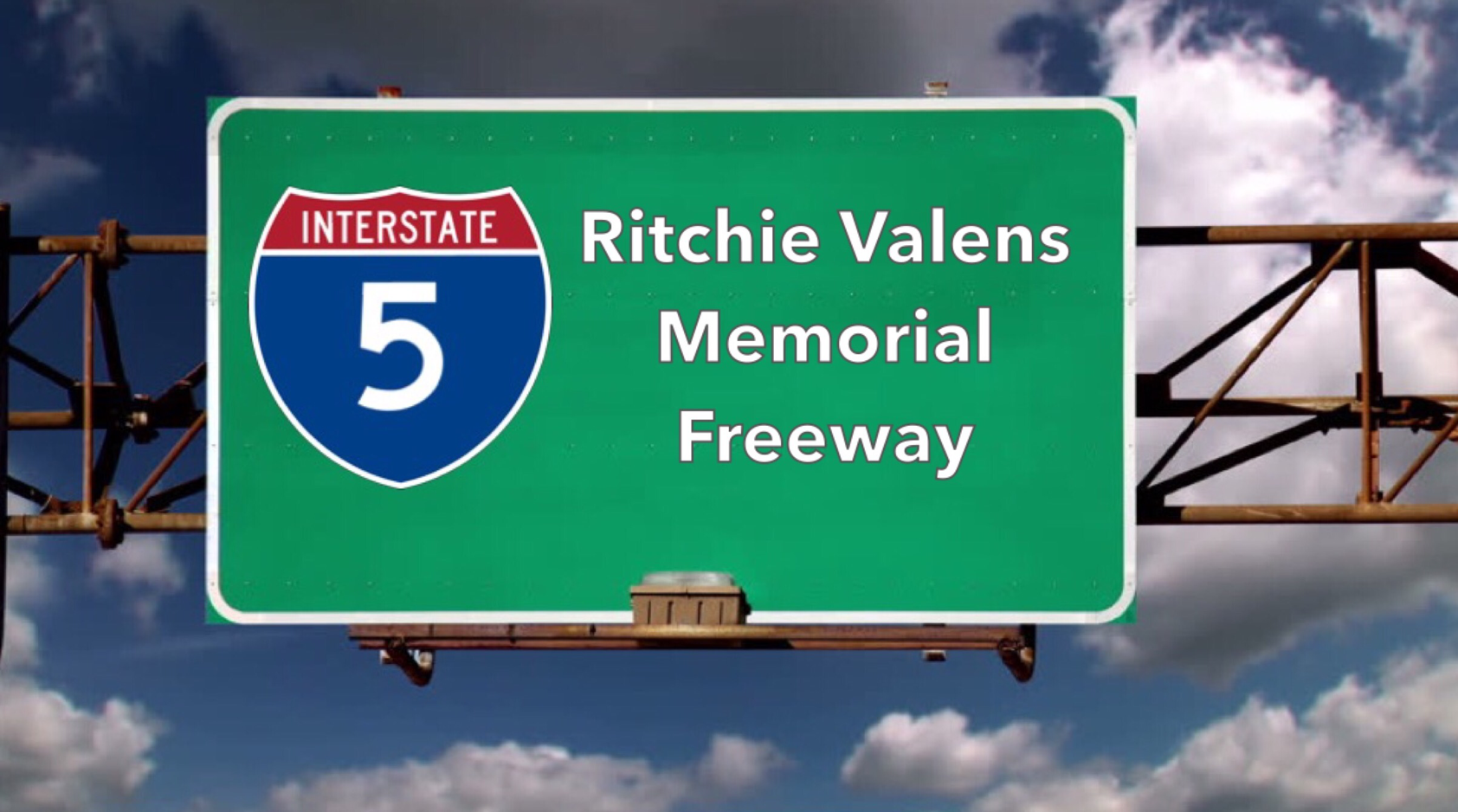 Ritchie was born in Pacoima and developed his own musical style. La Bamba, Come On Let's Go & Donna were just a few of his hits; produced by him at a young age. Ritchie produced a catalog of hits that many musical artists would only dream of; all produced when he was just a teenager. He would die in a horrific plane crash at the age of 17 alongside Buddy Holly and the Big Bopper on a day that would eventually be called The Day the Music Died.

Ritchie Valens was inducted into the Rock & Roll Hall of Fame in 2001. And now, his hometown is honoring him with the ultimate southern California tribute- naming a Freeway after him.