The World of Soul Music Loses Its Queen 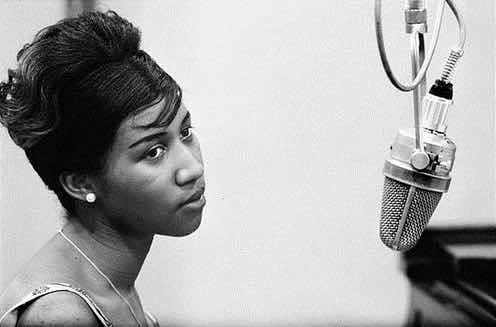 The world of soul music has lost its undisputed queen. From the moment she stepped up on the altar of her father’s church and began singing, everyone knew they were in the presence of a future legend. Despite her young age, Aretha could sing and she would attract churchgoers from all around to hear her. That she was so young was amazing, but certainly her audiences must have realized that bigger things lay ahead for her. Little Aretha taught herself how to play the piano and amazed everyone around her, including motherly figure Mahalia Jackson, who was a gospel star herself. Her father began to see that his daughter could do more with her voice than just attract people to hear about the Lord- she could use her god given gift to sing to the world. 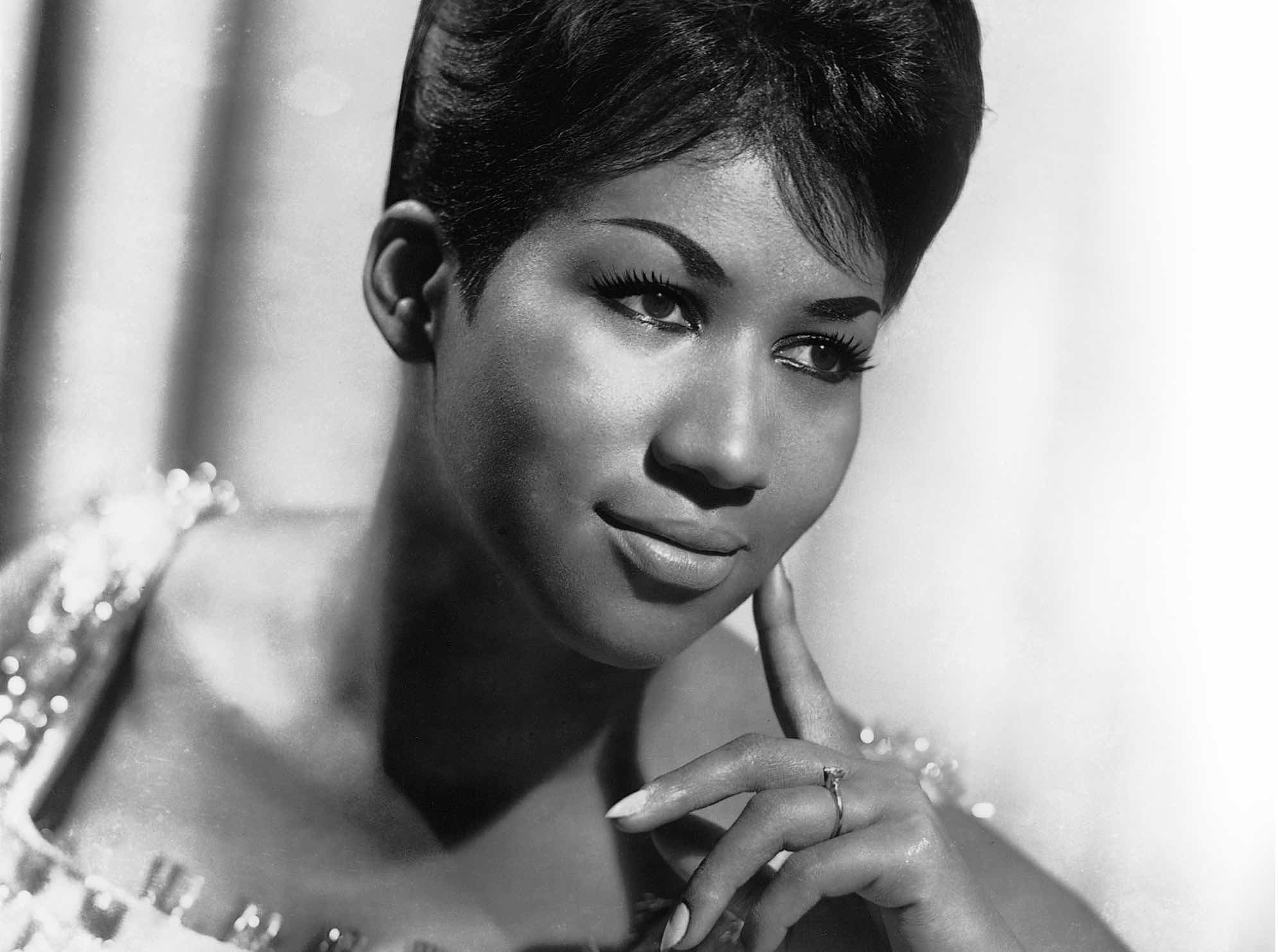 Her father avoided the obvious record company- Motown- as he felt his daughter would get lost among all the other African-American acts signed there. Certainly Columbia Records could advance his daughter’s career; she’d be one of their few “race acts”. Unfortunately, Columbia didn’t seem to know what to do with her. They gave her lightly soulful pop songs and classic show tunes to sing, which only did middling business. Would this wunderkind flame out before she had a chance to really shine? 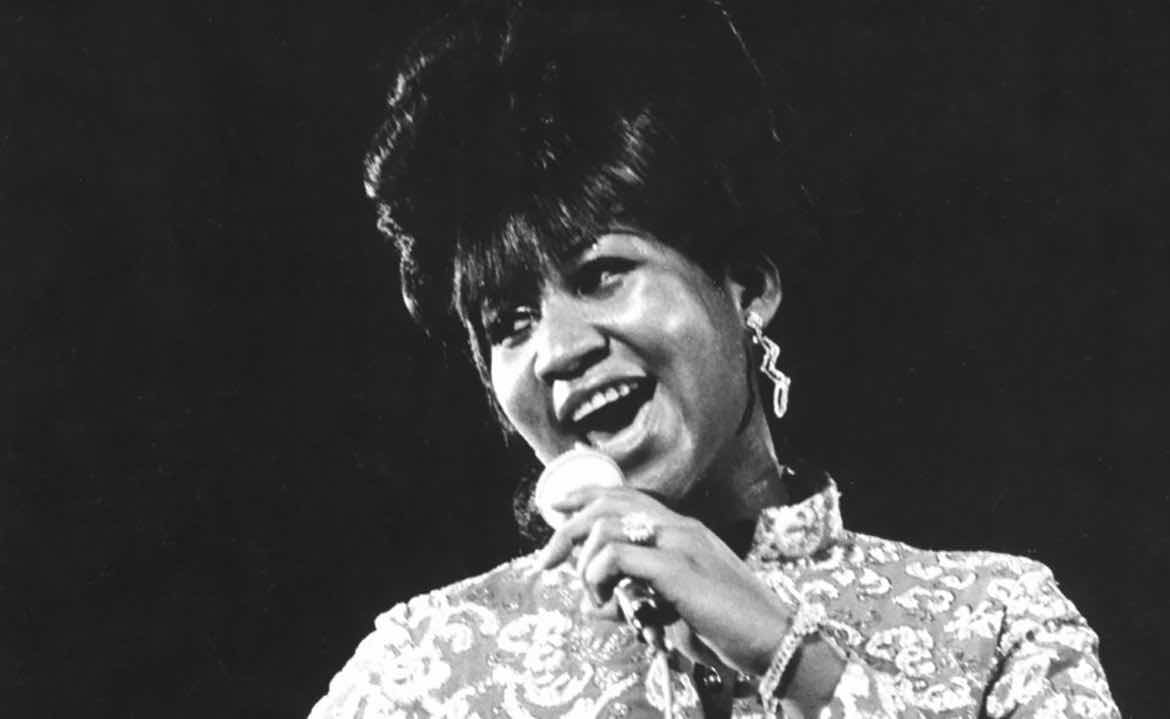 Luckily for us, she would not. Aretha signed with Atlantic Records in the mid-1960’s and they promised to get her the right songs, production and backup to take advantage of her talent. They flew her down to Alabama to begin recording her first singles. Despite a shaky start, the legendary recording session produced “I Never Loved A Man (The Way That I Love You)” and its B-Side- “Do Right Woman, Do Right Man”. An amazing embarrassment of riches. Both songs shot to the top of the charts, along with Aretha’s version of “Respect”. Miss Ree became the legendary performer everyone knew she could be. 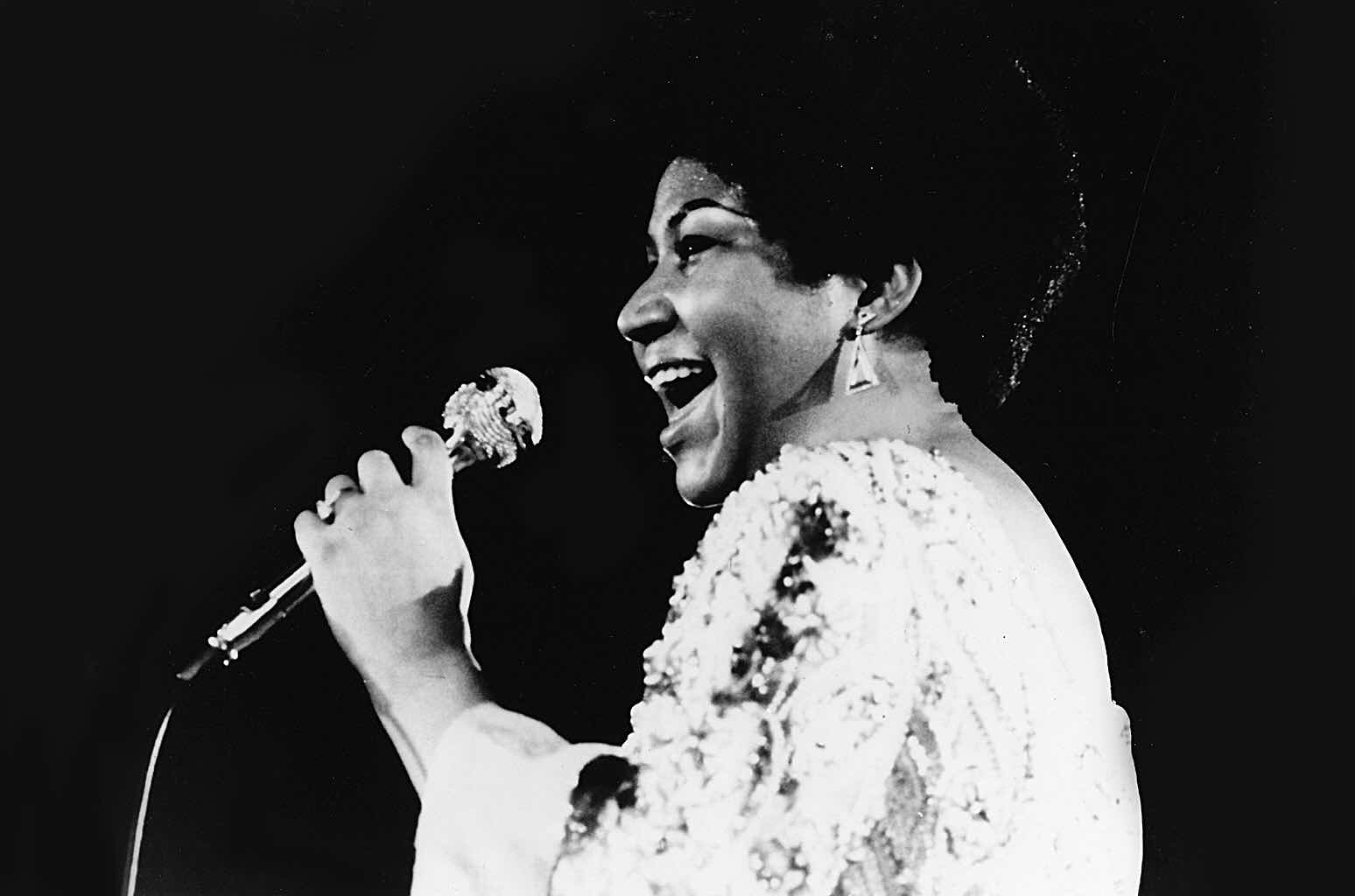 These songs would be just the beginning of a long run of hits and classics. Aretha’s voice was a national treasure and she was finally using it to its full potential. Never forgetting her roots, Aretha even released some groundbreaking gospel albums. The disco era would arrive and break her string of profitable albums. Her crack at disco music would slow her down, though a memorable role in the classic film “The Blues Brothers” would keep her career going until she found herself at the top of the charts again with “Freeway of Love”. 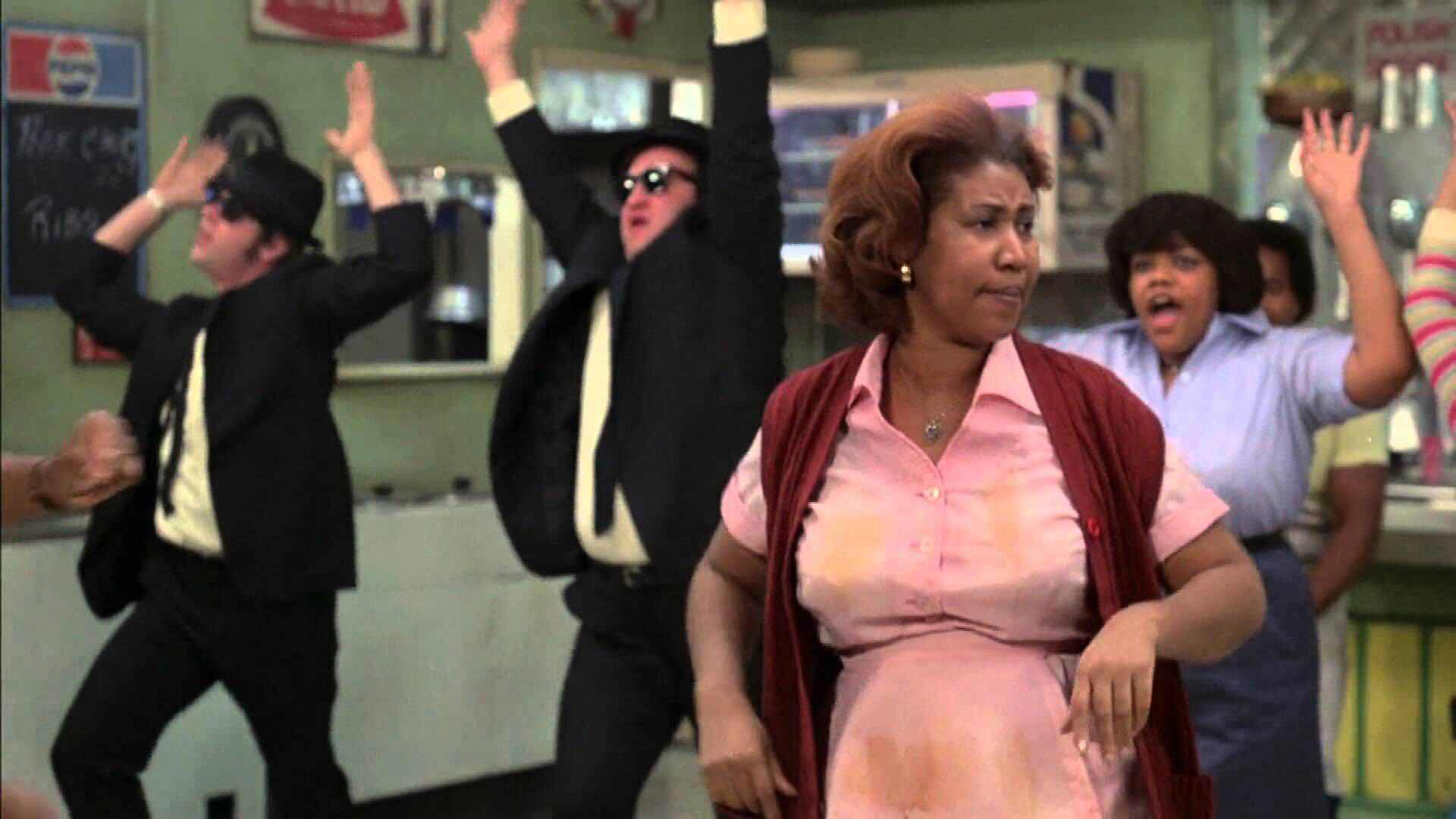 Aretha would continue to burnish her career, stepping in at the very last minute to sing “Nessun Dorma” at the 1998 Grammy Awards when Pavarotti backed out due to illness. She brought the house down with her performance.

Aretha was vocal perfection- a bonafide original who sounded like no one else in the world; though others desperately tried to imitate her, nobody ever came close. Long before I knew much about the world or music itself, I was introduced to Miss Ree by a neighbor who used to bring his records over to our house for my parents. He had fought in Vietnam and would go into a deep depression, which was sometimes worsened by listening to music that reminded him about the war. At the advice of a psychiatrist, he gave away his collection and  I was one of the lucky beneficiaries, though as a kid I didn’t fully comprehend the dark reason why he was giving it to us. One of the albums was “Aretha Now” and I recall wondering who this woman was on the cover. Certainly she didn’t look like someone who would sing songs that I would like. I was so wrong; I didn’t know much about her, but after listening to her sing, I knew she was someone special. 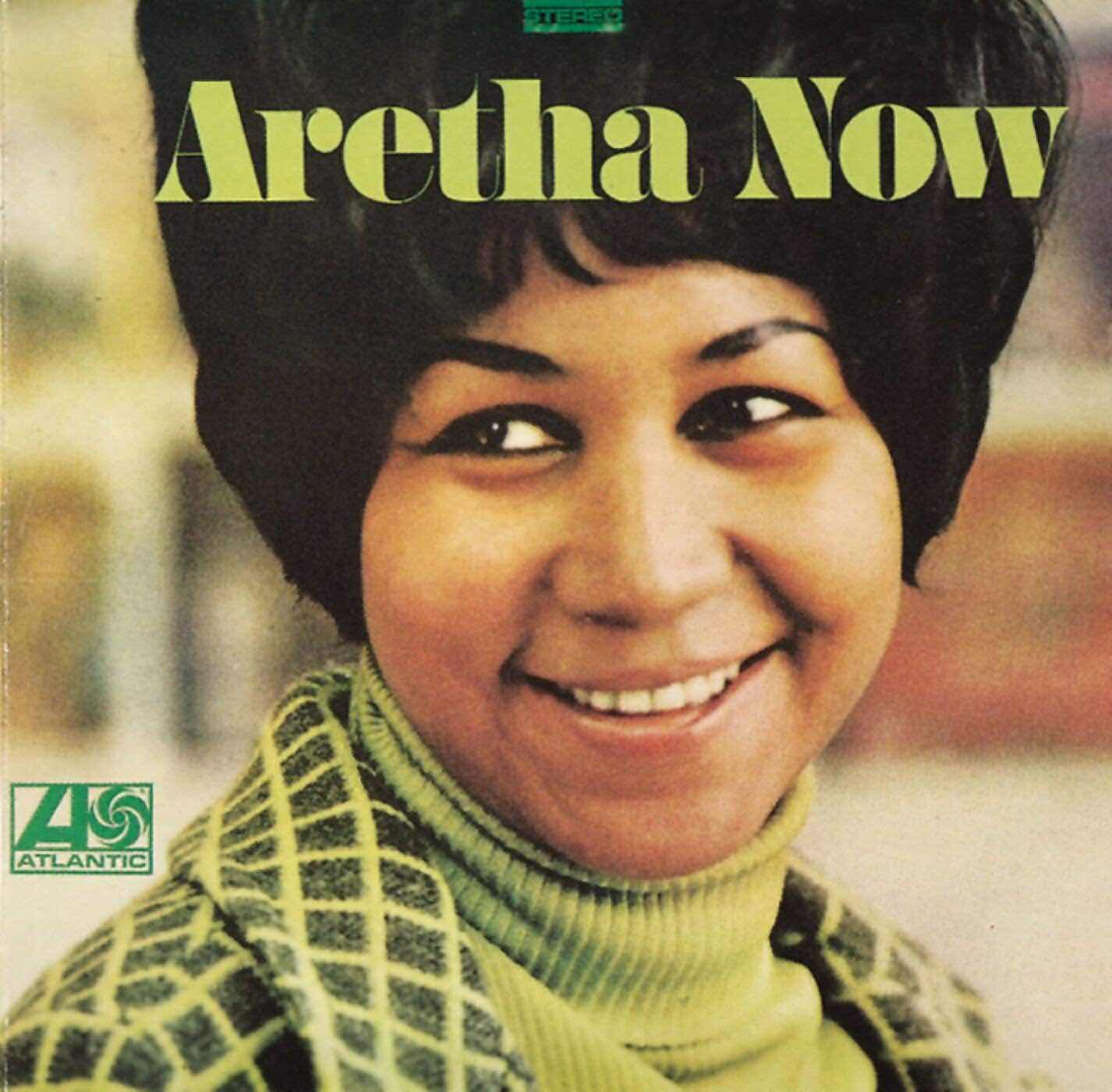 It is hard to put into words what makes Aretha’s voice so special, but it just *is*. Listening to one of her songs makes one want to dance, to sing, to create. As Miss Ree takes her final journey, we shouldn’t feel sad that she has left us; we should feel glad that the Lord blessed us with her talent and that recording media existed during her lifetime, allowing her beautiful voice to get captured for posterity. She has left the physical world, but her talent, her spirit and her voice will be with us forever. We had her on loan for awhile, but now she has returned to her eternal home in the Lord’s heavenly kingdom. Our Queen of Soul may not be with us any longer, but the gifts she shared will be with us forever.